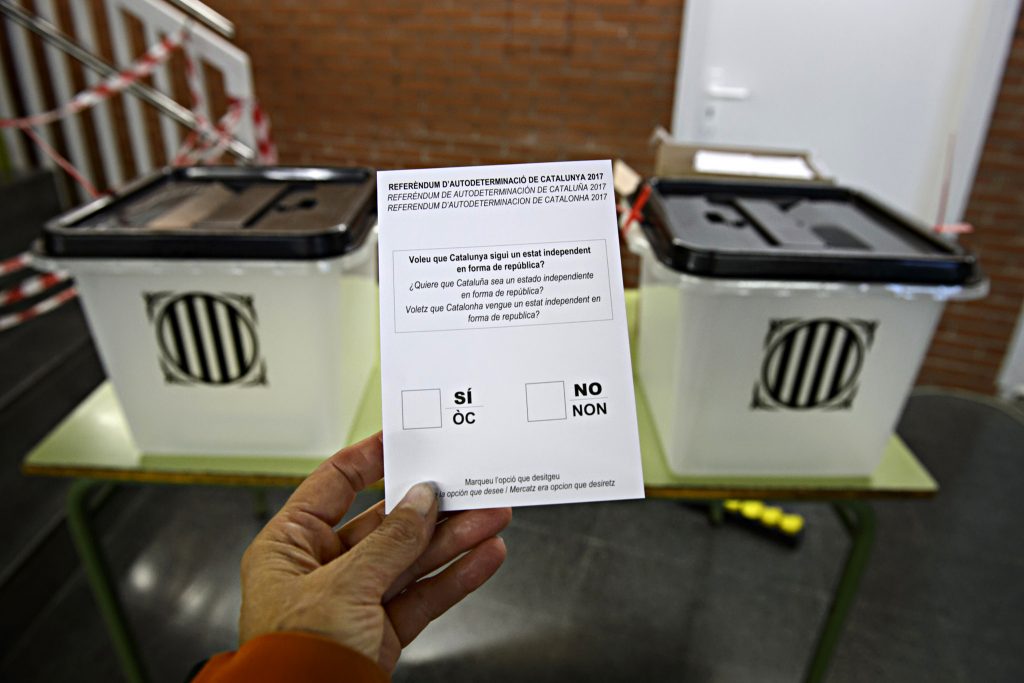 Independentists prepare to mark the first anniversary of the referendum

On Monday 1 October, it will be one year since the referendum on self-determination. Civil society is set to commemorate this politically and socially momentous date, not only on Monday, but all weekend.

Hundreds of towns and villages across Catalonia have announced events to mark the referendum. Full details can be found on the website 1octubre2018.cat. Many will hang plaques at polling stations bearing the words “Aquí vam votar, aquí vam guanyar” (“We voted here, we won here”).

In this way, they will reaffirm the democratic mandate which emerged from the referendum, in which 90% voted in favour of independence. These events, and many others, will put the spotlight on the day which marked a before and after in the history of Catalonia.

The march will set off at 18.30 from Plaça Catalunya, where a huge banner measuring 15 x 5 metres will be unfurled bearing the words “Self-determination is a human right”. It will end in front of the Catalan Parliament, to symbolise the importance of the referendum and the validity of its mandate.

In the morning, standstills will be called so that workers can take to the streets to reassert the referendum and the ensuing mandate and express their rejection of the police charges which members of the public suffered on 1 October 2017.

Both Amnesty International and Human Rights Watch have expressed their regret at the fact that the Spanish authorities have initiated no investigation into the police violence perpetrated against voters on 1 October.